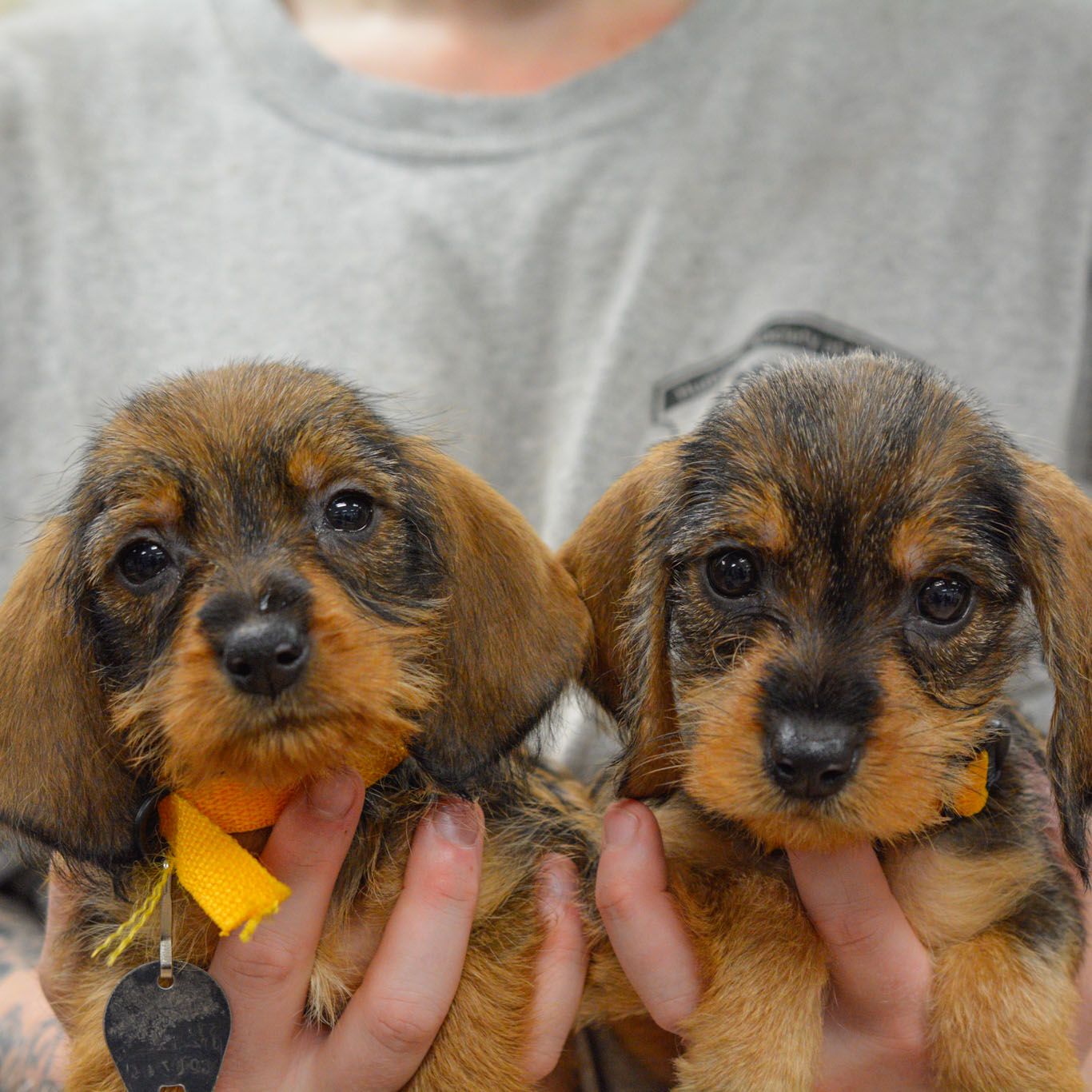 The animals were seized by the Franklin County Sheriff’s Office and placed in the custody and care of HSMO pending a disposition hearing on October 23.

Today, the Humane Society of Missouri’s (HSMO) Animal Cruelty Task Force (ACT) removed 55 dogs from a residence in Franklin County, MO at the request of the Franklin County Sheriff’s Office.  The dogs, mostly Basset Hounds, were in varying stages of nutrition and filth and had been left alone without care since at least Sunday with many of the dogs housed in crates and sitting in their own feces and urine, according to information obtained by the Sheriff’s Office. The Office said the owner of the residence, who appeared to be breeding the animals, was arrested last week on a warrant out of Iowa involving fraudulent practices and is currently in the Franklin County jail.

Last week, upon the request of HSMO and Franklin County Sheriff’s Office, the Missouri Department of Agriculture (MDA) attempted to contact the owner and view the animals but the owner was being arrested at the time and did not provide consent for officials to inspect the animals. The animals will be held at HSMO pending further court action and, because this is an ongoing investigation involving several jurisdictions, it is unknown when or if any of the rescued animals may be made available for adoption.

“We’re extremely grateful to the Franklin County Sheriff’s Office for contacting us and for their efforts to rescue these animals,” said Debbie Hill, VP of Operations at HSMO. “We are happy to know that these animals will not have to suffer another minute in worsening conditions.”

Because these animals were seized under warrant and are pending a disposition hearing, details continue to unfold. At this time, HSMO’s ACT has the following information to share: